Will you have a drink? (And BlogAdda’s #WIN15 awards) 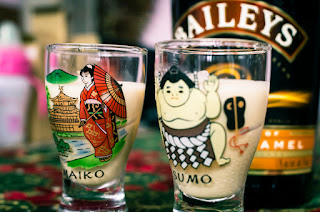 It was a usual Friday night. God had been thanked for the lauki-roti on the table, watching late-night TV called Disney Jr. was underway and our morning’s fight was still continuing. Silently, for he had called from office to say sorry but I was yet to make up my mind - to forgive, or to milk it over the weekend till good Chinese food entered my tract? Difficult decisions. Tough life.

I didn’t answer. Why should I? But I am kind.

And then I got busy with things we do to look busy when we want to appear disinterested, even though our ears stand upright waiting for a placating offer we cannot refuse. Obviously more than one which just has 60 ml vodka in soda with lime juice, and three ice cubes in it!

I removed invisible food scraps from the table cloth, took ten minutes longer to set the chairs back, another fifteen staring at my toes, that is after loudly sighing and plopping on a dining chair with Atlas’s domestic burden on my shoulders. Toes done, I leaned back to stare at an errant cobweb peeping from behind the fridge now. I was desperate to hear something, other than his unimaginative shuffling feet, till I went delirious thinking I could hear the spider's footsteps entering the jaali behind the Whirlpool monster. So quiet this Friday night.

Time ticked by. The silence of a wife not talking was deafening to his ears. I am sure. The kid couldn’t care less. Captain Hook had just stolen Jake’s gold doubloons and the suspense on his pretty island was thrilling and unrolling to a peppy tune.

Let us please have a drink?

Tch. Still there. No progressive ache din here. Hello, time warp. Good to be stuck in you!

And I picked up my phone looking intelligent and thoughtful and philosophical because that is the look you give as you scroll down Facebook pictures and more pictures of strangers you like to call friends. And then I saw … a friend asking for votes to be a finalist in BlogAdda’s WIN15 Awards!

Oh teri! The shortlists are out! I said to the spider behind the fridge, because it was the only one I was talking to.

The shuffling feet had hurriedly come to stand behind me, with teeming curiosity, or perhaps just happy I was feeling my Punjabi self again, in words if not deeds, for I was still refusing the peg. (It was a day of wonders.)

No, that wasn’t me. It was the kid on the bed, shaking his tiny cot at that exact moment. Momentarily, I had looked away from the loading awards page. When I looked back my eyes popped through my pink spectacles.

That was me, full frontal me, not the feet. (Feet take longer to speak.) I had spotted my name among 11 other finalists. My blog had been shortlisted by BlogAdda. In the Creative Writing category. I can write creatively. I am in the running for winning this. I can win. I can win.

You can win this, honey!

Finally he and I were on the same wavelength. Phew!

I have to ask for them.

I don’t know. Nothing, I guess.

Yes, votes. Your blog is public. Readers’ views matter. I will share your link.

Can I have a drink?

A drink! A drink! Usual wali. Why do you look surprised?

(Please note that it was not that I had forgiven him. But, greater frontiers beckoned and I had re-scheduled my faux annoyance to be published on Saturday morning, 7 am. I am practical, that way.)

There was not much left to do, except to swallow, remember Hanuman ji, and make a list of who I had been naughty or nice with, and ask the latter to support my candidature in the ongoing elections. Last date for voting– 13th Sept.

It was about 9:30 pm on a Friday night. I chanted TGIF, thrice, and composed a message which did not show the begging bowl bluntly but carried enough overtones of supplication as would make the recipient feel a patron of great value with the orb of an Elizabethan King in his hands, or an executioner’s axe.

Cheers. Oh! Can you change the channel? I don’t want him learning that too much cheese is bad.

Obviously he did as he was told. Our marriage on this Friday night was still on shaky grounds.

Of course I was feeling odd. Never done it before only. But what to do? The Romans had spoken, and I had to parade in a toga with a smile on my face, to earn my laurel wreath. It requires courage, if you ask me. It was a night to remember. I felt like a cross between a politician, a best friend, a fund-raising NGO worker and a cow, rolled into one.

Can I help with anything, honey?

Yes, please. Can I have another drink?

Tick. Tick. Gulp. Tick. I realized I was fast running out of those I was close to, so I did the next best thing that vodka suggested – messaged the ones I felt close to. So what if the other person did not feel the same for me? I felt for them. It’s good to love. My heart grew tender wings, it soared with love and vote-hope and pressed 'send' and dunked the vodka with equal speed.

Jake had long left. Sam Sandwich and even Mickey Mouse were asleep. My son was dangling between sleepiness and wakefulness with Hotwheels cars all over his tummy and Mister shuffling feet was standing behind me, no longer shuffling and with his right hand on my right shoulder. Was this chance pey dance? Did he think he was forgiven, totally?

It is then that I reached that number of messages sent that my arrested mathematical development had never allowed me to spell, even though it was double-digits. On top of that, FB wanted to know if I wasn’t a spamming robot and asked me to differentiate pictures of dogs from cats, in a photo grid. I passed with flying colours in the third go. Because the day’s tiredness (no, not the 60 ml + 60 ml) was taking its toll. Also, I had called a school teacher ‘mama’ instead of ‘maam’ and … err, some more errors you needn’t know about.

It was time to call it a day.

A day’s worth of hay had been made. I had to make more tomorrow. Had to. I had tasted blood!

That's my story from Friday night last. Today is a new evening. (Is it Sunday?) I take this opportunity to say this to all my readers. I have always felt very close to you, probably more than you can imagine or see in this lifetime. So, please, would you be so kind as to vote for me? Click on the 'You can write, creatively' below and just FB like below the blog image.


'You can write, creatively'

I have nothing to offer in return for you supporting ‘Between Write and Wrong’. No cash, no movie award tickets, no free grains, no LED TVs. But I can offer you one thing, which I have just been asked on this Sunday night –

Some things are not meant to change.
Posted by Sakshi at 08:16