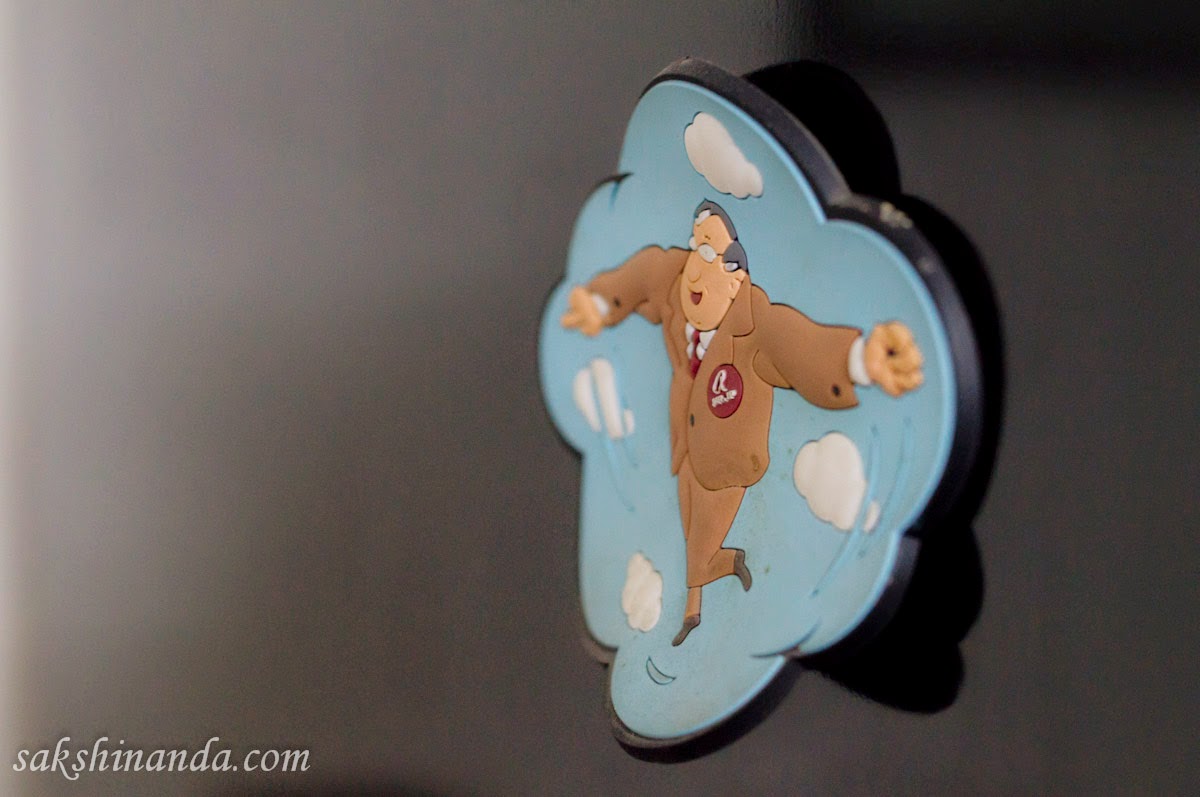 Once upon a time there lived an Uncle in a double-storied house, with ornate railings and palm trees, in a small colony of New Delhi. It was a colony where the pride of knowing the property’s worth was much more than the breadth of the lane separating the windows of houses. Not once did the residents mind what others saw as congestion. After all, most Jaguars could well slide into the ground floors, uniformly turned into garages with elevators to carry the owners up one floor, or more. Uncle’s old-but-maintained duplex, enjoying a view of the lush-green Jassa Singh Park, was considered prime property. Plus, he had no tenants, like some others. He didn’t need to. This fact had got him a seat in the RWA Executive.

At the time of this story, Uncle must have been 50, or something. His dusky cheeks, slightly saggy, were usually clean-shaven except on Sunday mornings. On Sunday mornings a grey stubble was allowed to erupt in holiday mood to make merry with the wet henna in his hair, now receding South-ward. The draw strings of the Puma hosiery shorts he slept in dangled in delight till late afternoon, and in places they waited all week to be walked to – garden, gate and even across the lane. It was an exposure they did not get, thanks to Uncle’s realty business where meetings with parties happened so often, so suddenly and in such secret circumstances sometimes that Aunty stopped caring about waiting to eat her meals with him. That she was usually on a gluten-free diet helped.

He was a proper Punjabi, this Uncle, as was his wife, the parents tucked away in separate places, the two daughters, one son and one dog he bought instantly on learning from a close family friend that it was imported. Overall, it was a happy family. The women in the house had their lives, the boy his, the Uncle his own. But, it was this routine of Uncle’s that had always carried a secret none knew, except Shaggy.

Yes, he had named the dog Shaggy, the one he bought from his close family friend, and for reasons unknown to him his children hated that word, or its short form. And so they hated the dog. Uncle loved Shaggy though, so much that not a morning would pass without them both going for a walk to Jassa Singh Park, adjacent to the Press Colony (only a patch of which was an open-defecation ground). There Uncle would talk to Shaggy ever since he was a pup, about his secret.

His secret love for dancing.

Yes, Uncle lusted after dance. Anywhere. Any kind. Just watching good dancing was not the point. Being in the middle of it, hands and body and all, was what made his heart beat like the clang of drums. In long dialogues with Shaggy, Uncle would tell him how he always wanted to become a dancer but never spoke another word after his father threw a ghara full of water his way to drown the dream forever, in a small village in Punjab. Uncle had taken two days, and downed three glasses of Lassi just before mustering enough courage to whisper his dream to his father. But the Punjabi expletives deafened his passion out.  Like the five rivers in monsoon had flowed Uncle’s tears. Then one day, they just dried up. As did the sound of some names his father called him, in place of a simple 'dancer'.

Shaggy knew the whole story. Shaggy also knew Uncle secretly danced. After all, he and the mirror alone stood witness to this expression of hidden love, every time Uncle’s wife and children were off to live their happy lives in their own cars with their own friends. Oh, those were the times when Uncle felt so alive! He would tune in to FM Radio and without bothering to select the music just let his arms and legs, belly and thighs, feet and toes, fingers and hands follow his heart. He would pant, he would sweat, stop a second to catch his breath or put the stray orange-and-grey strands back from his forehead, but he would not stop till a party was calling his mobile, or the gate guard was calling him because the gardener had spoilt his wife’s rockery, again. He lived to dance. He loved his secret. He loved Shaggy for being his confidante. He loved his wife and children for seeing the sweat and thinking it was cholesterol’s doing. He didn’t even mind that on such days he was asked to not eat the meat-curry. For health issues, that is.

That is why, when the doorbell rang and he received an invite for a wedding, he was ecstatic. Of course, there would be a DJ called Melodhika with lights and sounds from another planet for him to dance to. But before that and what’s more, he would be dancing in a baraat! It was a distant cousin’s son’s wedding, and following the mare-with-the-groom would be a glittering mob footloose on the road. That special moment of dance, knowing that one is being watched, yet also knowing that one can dance without being noticed, being judged, being mocked by one’s father, freed his soul.

He still remembered the wedding from last year, when he had danced from Subhash Nagar all the way to Tagore Garden, crossing markets and a temple, a metro station and even two schools. It was a joy he could recollect with such passion as would make his pulse treble. That day on the road, he had lost two shirt buttons, his watch and the shagan lifafa, which his wife believed he used to stock-up his cousin’s Car-o-Bar but only he knew he had rained the currency all over the orchestra and light wallahs. Happiness made him generous. Plus, he could swear he saw appreciation in their eyes for his dancing moves.

It was a freedom he hungered for. Oh, he could barely wait!

But not all stories that begin ‘Once upon a time’ end with a ‘happily ever after’. This chapter of Uncle’s story does not. On the evening of the wedding it rained. It rained for hours on end, refusing to let up. In the middle of March, the unexpected downpour refused to stop, spoiling everything from the wedding pandal to the wheat crops. At the auspicious hour, the baraat was reduced to a train of one decorated Merc, four SUVs, and three smaller cars humbly following behind. The mandap has been shifted indoors, and the DJ had fled. In umbrellas and over three rounds he tucked his family into one of the cars, and promised to reach Hotel Privilege Punjab the moment the rain stopped. It was a promise he knew he would not keep.

His wife called once to ask after him, and then told him over a happy din to warm the pulao with dal and have it for dinner. She thought she heard wrong when he asked about the DJ. She hung up after telling him to instruct the gate guard about their expected time of arrival, to lock the main door since she had a key and just go to sleep. They were going to be very late. So, Uncle did as he was told. He gave Shaggy an extra helping of Pedigree biscuits and switched off the lights of the house, one slow click after another. Shaggy knew his master’s heart was broken. Only Shaggy knew why.

As if in a syrup of sadness, Uncle changed into his shorts in slow-motion and looked at himself in the mirror. Was this his father’s doing, colluding with the weather Gods and pouring a ghara of water on his day’s dream for which he waited three whole weeks? He laughed a quiet laugh at the analogy. It was just the simplest of wishes, of dancing freely as if the world didn’t exist, wasn’t it? When fathers and sons all danced together. Yes, they did. It was just that wish...just that, wasn’t it?

In the quiet of the house, the refrigerator chortled to a halt. The tap in the basin seemed loud, suddenly. The rain made the rest of the music, on the ornate railing, the palm trees and the snoring guard’s hut. The furrows on Uncle’s brow eased and he took a deep breath. And before Shaggy knew it, the walls around him became alive with shadows of arms and legs, belly and thighs, feet and toes, fingers and hands following his master’s heart. He had slipped to the bedroom door and curled up there a moment back.

The only witness to Uncle’s secret.