Kemon aso, Kolkata! Got some change?

When my husband asked the bored driver of a bright yellow taxi in Bengali if he would take us to Ulta Danga from Howrah railway station, I understood nothing apart from the name of the place our government guest house was situated in. Even that, I did not much understand. Ulta I knew, Danga sounded like a weapon. After getting his feet down from the window of the taxi in slow motion and looking for his slippers near the gear shaft the driver murmured a yes, accompanied by ‘khujra ache to?’

No, khujra is not a weapon either even if it was asked for in a tone matching an epee’s point and an eye turned to the big red sticker announcing his membership of a union of taxi drivers. ‘Khujra’ means change. My husband nodded a yes and we both huffed our just-married suitcase between us two, as the driver spent his 10th minute looking for his second slipper. At that point, crossing the Howrah Bridge in the back seat of the taxi, I had no idea how important change is to live, just be and breathe, in Kolkata. 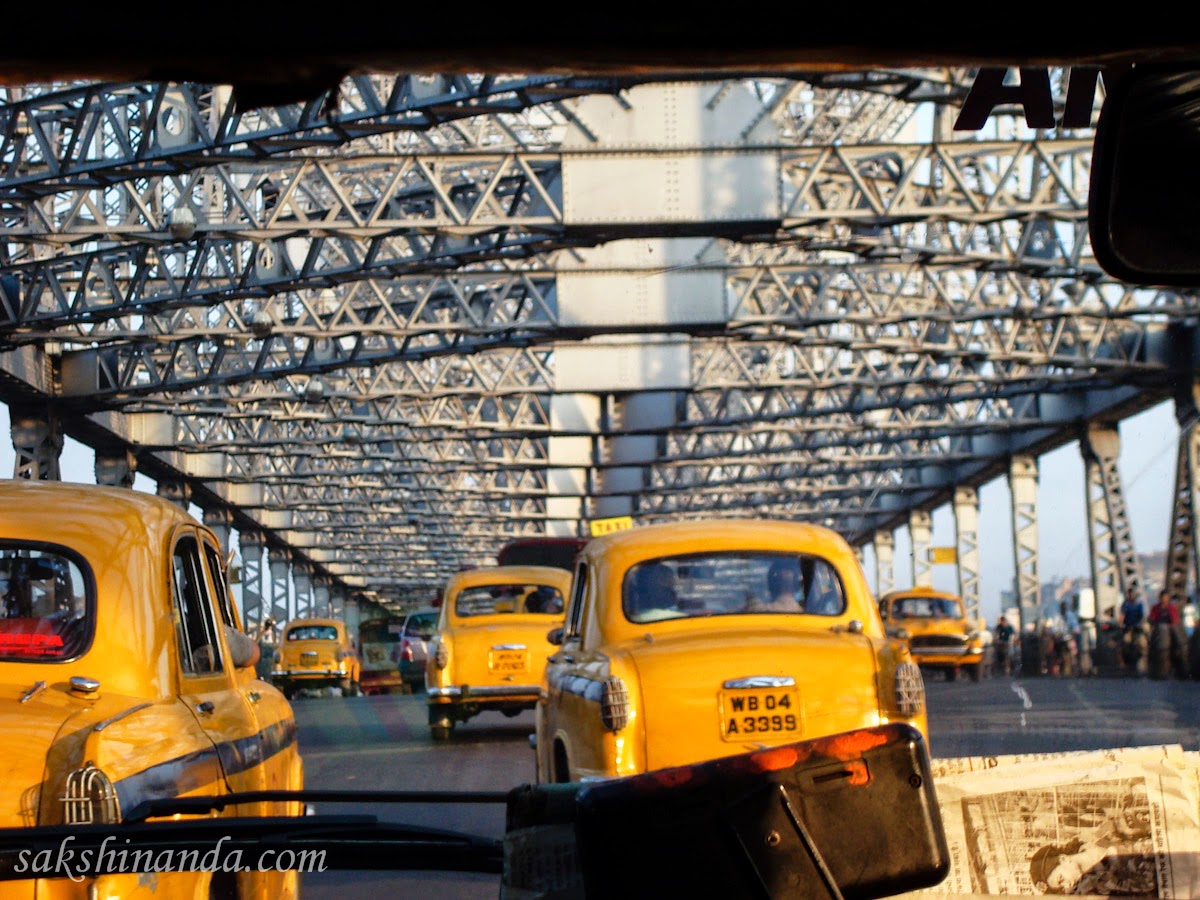 This was in the December of 2007. While we younglings sat holding on to our singular suitcase for dear life, stealing finger-tip kisses on bumpy roads and bumper-to-bumper braking I looked out the window which had refused to roll up and deliver me from the warm gusts. 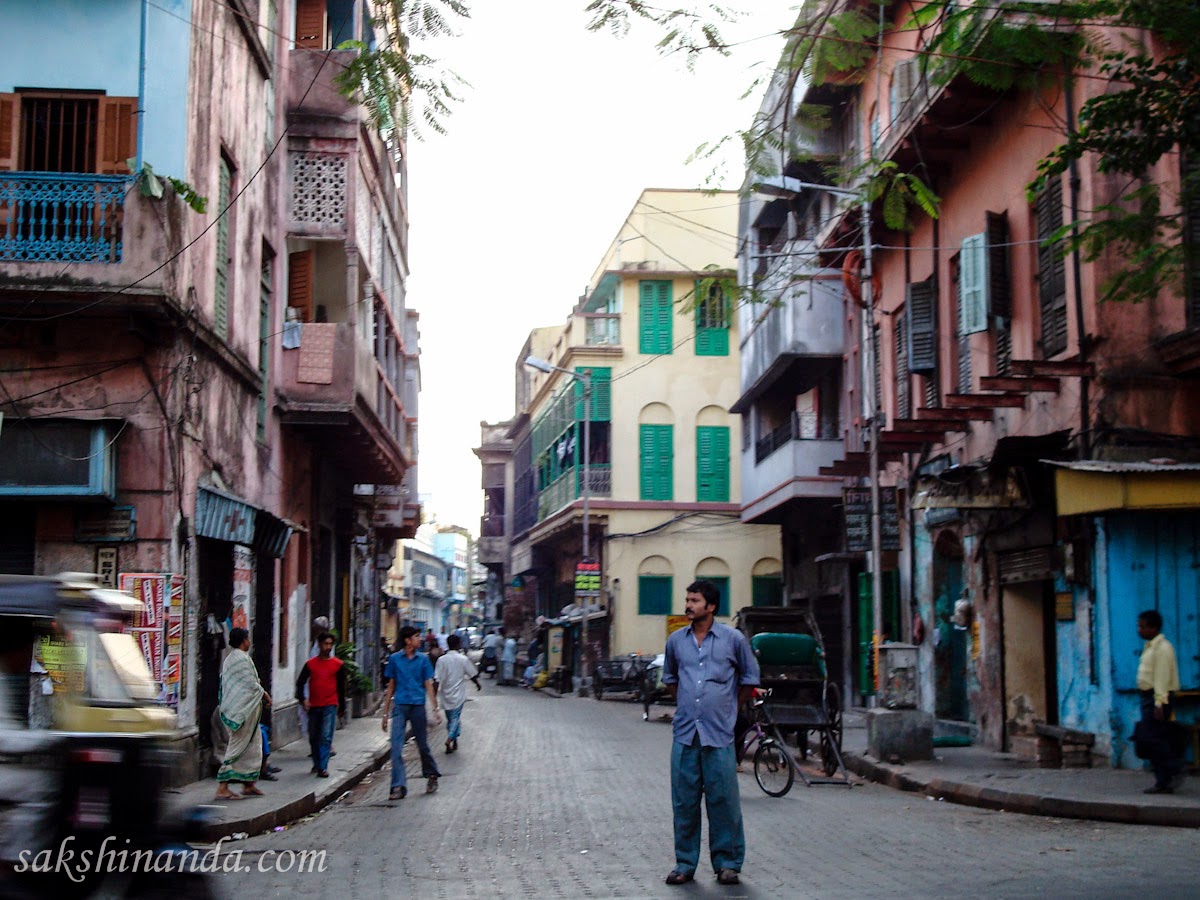 Kolkata did not look like a bride to my visiting eyes. It looked like a woman ageing so charmingly you wouldn’t want it to dye its hair or remove the high-backed, puff-sleeved blouses it insisted on wearing. Still. The quaint windows and ornate jaali on huge buildings seemed to have lived their lives. Paved streets were lined with flower-sellers chit-chatting with rishka wallas taking a breather. Somehow, miraculously almost, tiny plastic cups of afternoon tea were seen in every hawker's hands. A picture which made me enjoy its rustic charm yet wonder if it was free will that made it sit in a time warp or just the times.

I remember getting out of the taxi at our guest house in Ulta Danga and struggling to figure out why the place smelled of a bunch of incense sticks when all my eyes beheld was a tiny post office, an STD booth-cum-provision store, a garbage lined lane leading to the main road choc-a-bloc with traffic and Shona beauty parlour next to a monstrous, hexagonal guest house. I did not obsess with the smell of cheap incense in the air almost everywhere, but in no time I realized how the whole of Kolkata was obsessed with collecting and retaining its khujra.

The egg noodles guy in a bright blue shack, whose business boomed just after the sun set when podiums for political stages came up, was obsessed. We would order our plate, sit on two broken plastic chairs, watch him toss into the seasoned wok an extra helping of pepper (was that the secret ingredient that made the chow like no other?) and to the tune of the fish-seller bragging off his wares right behind us dig in. Not a single time did he not ask for loose change, even before opening his drawer to see if he had Rs. 3 to return. While the plate always cost Rs. 7, he never did have change. Neither did the sweet shop which seemed to thrive on the sale of gur rasgullas alone and where I popped a handful to abate the pepper-effect. While my obsession with those faded-yellow delicacies sky-rocketed his sales, not a single coin from his heart melted my way. ‘Khujra dao’ it was, always!

One day, my husband got free from work early. His phone call began 'reach me!' followed by directions on how to take a rickshaw till Shovabazar Station, metro to Maidan and then exit at a certain gate. In the train, I found myself sweating like a pig next to a girl who just could not help staring at me with her big, round eyes. The microphone announced ‘Assplanaad’, I smiled, she didn’t get the humour but we got talking anyway. She couldn’t believe how I was travelling alone in the metro in a foreign city and I couldn’t make her believe how safe I felt here compared to Delhi. While the rickety metro rattled away, she zipped out a cellphone just to tell her friend of the phenomenon that she made me out to be, screaming my name into it with a few extra ‘h’ after the first ‘S’. Then, she noticed a tiny-yet-heavy sac hanging from my belt. ‘Oh! Just loose change. You need it everywhere in Kolkata, don’t you? I’m loaded now!’ I swear to you I saw respect in her eyes for me which was once reserved for just Tagore, as she poked the suggestive looking pouch. I was a girl braving it out, I was loaded with change, all for meeting my lawfully wedded husband at the end of the tunnel. Everything here was in keeping with the character of the city.

The husband bit too. Why I say that?

In a local Kolkata bus we were made to sit separately en route New Market for some shopping. The bus was divided between the sexes right down the middle. My knight implored with the conductor that we were man and wife, 'notun biye, notun biye' but the doubting Thomas's heart of stone refused to budge. So, my love kept looking back from where he sat across the aisle and I kept staring at his head, wondering when the snaking through busy streets and the light drizzle would end. Noticing also how my beau’s black crop was the only one not shining with three layers of oil or his clothes with as much embroidery. ‘Teekate. Khujra dao!’ came the conductor for it was ladies first and a lovelorn I could only say in the crispest of Hindi ‘Khujra wahaan baitha hai! Jao ley lo!’ I was angry. I had spent 45 minutes with a woman whose bags my lap nearly carried while hers remained baggage free, playing with the red and white bangles on the wrist.

Or, did I not pay for the ticket because I too getting a tad obsessed with my pocket of change? 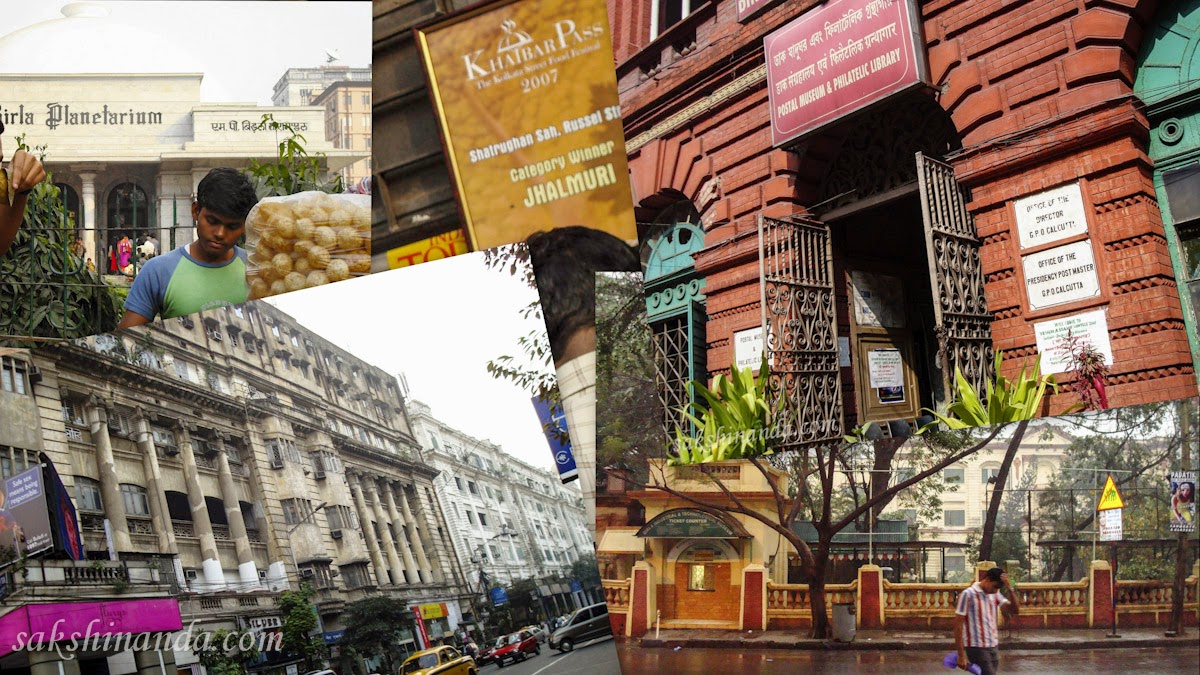 From the famous puchka walla outside Birla Planetarium to the award-winning Jhalmuri guy on Russell Street; from Giggles (that Archies gallery) on Park Street to Flury’s with its pastries; from museum and zoo ticket booths to the famous Indian Coffee House, everything needed coins. Even dishes were priced with complete fidelity to the idea of how essential each penny is in the larger scheme of things! 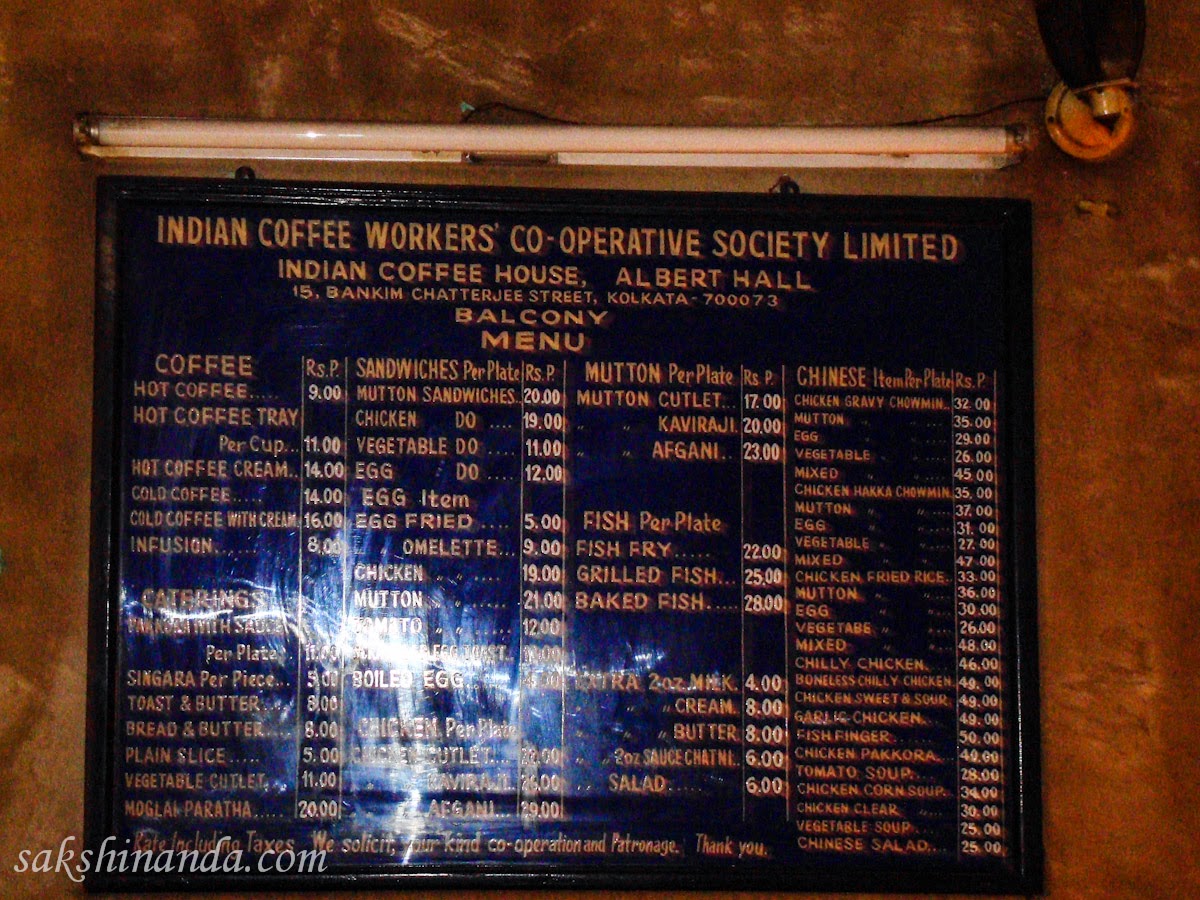 The only person who did hand me a one rupee coin was a cobbler who fixed my shoe somewhere on College Street. The glue was all over my Khadims sneakers but who cared any more. He had given me change. Change! I almost bit into it to check if I was dreaming. It was real.

It turned out to be a lucky coin, indeed.

A coconut walla squeezed the metal out of us because the humidity combined with the long human chain outside Dakshineshwar made us crave coconut water worth a tree's Xylem. And then, I needed to pee! ‘25 p for one use’ said the board outside the public facility. Even in such pressing hurry, I stared. 25 p? Were they not extinct the year I was born? Shock turned to surprise after I bunny-hopped in and breezed out. When I handed over that lucky Re 1 coin I got 75 p back! On this last evening in Kolkata, the sight of three 25 p coins in my hands made me teary-eyed. I couldn't help but wonder - is this a sign that the city has adopted me as its own? Also, is this, the natural exigency to relieve oneself in the right place, the reason behind the whole of Kolkata collecting coin after coin after coin?

On my train back to Delhi later that night I caught myself wondering if after 3 weeks, I was a Roman too. What else could explain the pang of jealousy I felt when I saw how much fuller the toilet minder's coin drawer was as compared to my potli!

Maybe I will go back Bengal-wards one day to find that change is no longer on the most wanted list. However, something tells me that ‘Khujra dao!’ will always be around, just like the smell of incense in the air, no matter how many Park Streets take over Ulta Dangas in this unique city called Kolkata.


[Written for WordPress Daily Prompts : 365 Writing Prompts. The prompt for today was - Can’t get enough - Have you ever been addicted to anything, or worried that you were? Have you ever spent too much time and effort on something that was a distraction from your real goals? Tell us about it.]