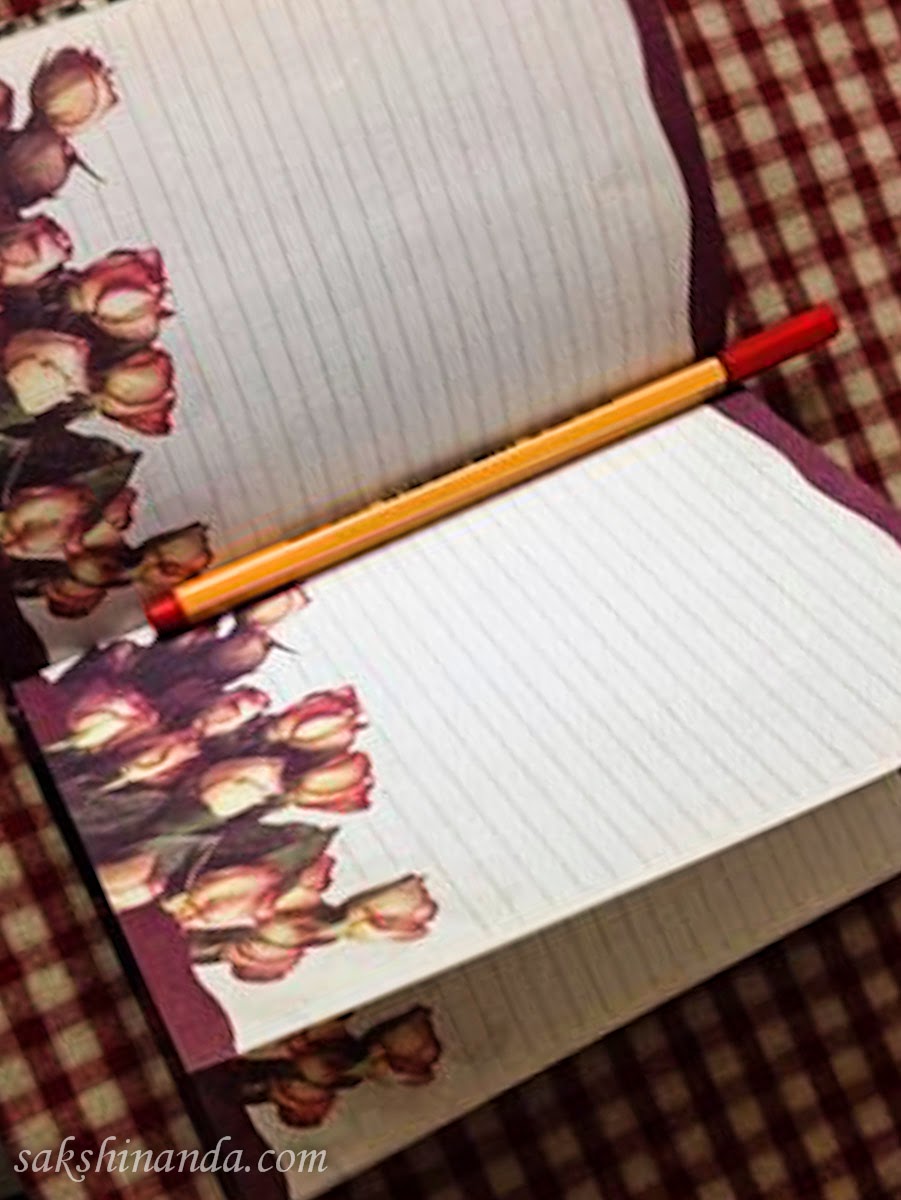 Through her kohl-lined eyes she saw the white Volvo bus leave for Roorkee from between the greasy window rails of her own bus, which was still waiting to fill up. A small bag with her belongings was all she carried, tucked between her cracked feet adorned by a silver payal and the unseen dirt under her seat. It was hot, so hot that she looked at the AC Volvo with a parched gaze. Her eyes burned.

‘Why don’t I take one of those white buses to Roorkee this time?’ she had half-implored her husband of some months. ‘You know, it’s quite hot and even the doctor says I should travel comfortable since it’s the initial few weeks and ...’ She stopped as he knotted his brow and looked at her. As if he did not understand. He thought her mad for asking for money worth an AC bus ride. ‘What a queen I have married. Spoilt totally. She thinks her father bought me, doesn't she?’ thought he, but only said ‘This Rs. 120 should be enough for a UP Roadways bus ticket to Roorkee.’ He also gave her a coin for Rs. 10. ‘Take a rickshaw from the bus stop to your parents’ house. 10 men will look you up if you walk to Chawri bazaar looking all dressed up as if you’re going to run away with another man.’ And then he had left.

She had bitten her lower lip then, and now as she remembered the parting remark. Embarrassed. Slowly licking the maroon lip-stick which she had worn. Specially worn. It had only stood for happiness. A celebration that she was going home to be with her parents. A new sari draped, matching bangles, bindi in place and sindoor so deep so neat so red as if it was disciplined to stand at attention on her forehead. She over-did it, perhaps, her … happiness, thought she sitting on seat number 5B. The white Volvo with cool interiors had long left, leaving behind nothing but a cloud of dry mud. And a raging thirst, for cool air and cold water.

‘Campa, campa, campaa’ sang the nasal voice of a young boy with chilled soft drinks, clanging to be picked and delivered from the crowd in the aluminium bucket. She looked at the shirtless boy first and then at his hands. Maybe I can buy myself a Campa? Looks so cold. I do have Rs. 10 with me. I could just quickly walk home. What will he know … But before she could make up her mind, temptation had left. Been pushed out of the bus by the conductor for it was time for the bus to leave. The boy had come to her slow-moving window for he had read the indecision in her mind and the decisive thirst in her eyes. And she in his, for her Rs. 10. A gust of wind devoid of any mercy blew. She was made to turn her face away!
The conductor slammed shut the creaky door and the bus began to pull out of Meerut Bus Depot. The journey has begun, maybe I should just drink a sip of water now? She pulled out the old dented Bisleri bottle she carried from home. She put it to her lips, dry terrain what was once glowing maroon, and swallowed just enough to wet her mouth. She grimaced. The water was already warm. Still, she had to save it for later. God knows how cruelly the hot wind blows over sugar cane fields, and through leafless poplars. The dust from pot-holes and the mirages of water on the road ahead merge to become genies, asking you to come take a dip. Luring you, falsely. It is then that she will need more water to drink. Her stomach rumbled empty.

‘Maybe I should not fast today, maaji’ she had mustered enough courage to ask her mother-in-law that morning. ‘I have to travel far and alone, and I feel so tired already. Plus, I’m 6 weeks …’ and she could not say another word. For maaji was muttering apologies to a certain God to excuse this girl’s innocent crime already. Looking disturbed and shocked and sorry, only for the God, all at the same time. ‘You should know better than to skip a holy Monday fast and break the sequence, bahu. It is for the son you could be carrying.’ She wanted to add ‘Shame on you. Seems like your mother had not a single significant thing to teach you’ but kept it for another day.

By the time she reached Roorkee Bus Depot, the weather the thoughts the hunger, all had taken their toll. One at a time. Raping her of comfort – within and without. Her stomach was cramping and the bumpy ride had not helped matters at all. Neither had the stares of the man sitting diagonally ahead of her. She had strained her eyes away and out of the window most part of the journey, forcing her face into the hot winds, braving the burning skin. Holding the bag tight between her feet and her hands joined, as if praying for the journey to end. Soon. Now, back stiff and feet swollen, she waited her turn to step down.

She knew exactly where the rickshaw stand was. For 21 years she had come to this bus depot with her family to enjoy Prince Chaat Wala’s famous chaat-tikki, often when the two sisters passed their exams. But just as she was walking towards a rickshaw to take her home, she spotted a new stationary store next to Guru Nanak Juice Corner. She stood staring at the glass façade, with pretty posters of princesses and calendars with Goddesses calling one forth.

Yes. She went in and spent the Rs. 10 her husband had given so she did not walk home in full view of strange men. Instead, she bought a tiny diary for her sister who was going to be married soon. So tiny, it fit on her out-stretched hand. She wanted it that way.

Home was as home is. The welcome. The sudden outburst of feelings that only some relations feel. The questions the food the rest and how is damaadji? They liked her sari, her payal, oh you look so dressed up so pretty! She liked her sister’s sagai outfit, her mother’s new idli maker and how terrible I feel for I left the bag of gifts I carried for you from Meerut in the bus! The ‘doesn’t matter’ and ‘you are our daughter’ that followed. And then, the unspoken in their minds, thoughts oft brushed off as only hunches, coming from seeing but not saying anything. For what if they were wrong? Wrong to think their daughter was badly kept? Or even worse, unhappy?

Much later, in a quiet corner of her home, she gave the diary to her younger sister when they were alone. To note down every little unhappy thought or thing that will come her married way. To write out on its pages chapters she never signed up for. Write it. As loud as she wishes. Just … take it out.

Her sister cried. For she now saw what she had actually not seen. In her sister's life. Or around the bend where marriage waited looking all showy like a fairy-tale. It was a passing on, of something the elder sister had not the courage to do. Never could. To document. To write. To voice. The pain.

The diary was small, but it came with a big prayer. That it may never be full enough, and always big enough to collect within its folds all the troubles her sister was to face.

[Written for WordPress Daily Prompts : 365 Writing Prompts. The prompt for today was - Never – Tell us about a thing you’ll never write about]