Guest Post - The best days of my life! by Ruchira Shukla 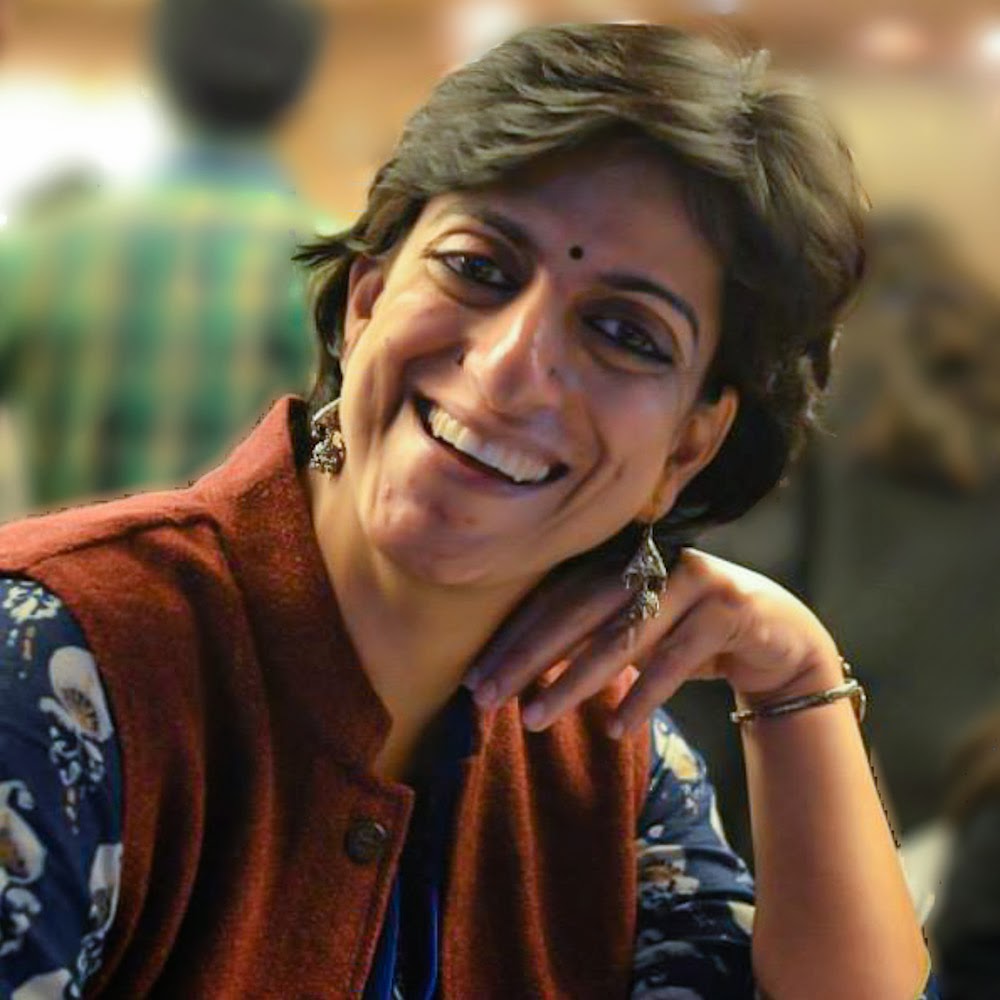 I don't know how to welcome Ruchira Shukla to my blog. If I drum roll her in, I might disturb the elegant sobriety that I associate with her person. If I go hyperbolic with adjectives, it will fail to suit the understated beauty that her blog stands for. So, I introduce her to you as a friend I found recently, as a woman who I admire for more reasons than one and as a writer whose writings I look up to as calm in stormy waters.

Ruchira's stream of thoughts flow into Nirjharini, a blog she believes she cannot do justice to (thanks to her job) but a blog which does justice to her readers' lust for quality writing, post-after-post. Be it quirky travelogues or musings dipped in philosophy, Haikus or a turning back into history, the blog carries a unique character of its own. Like an exotic place where she back-packed solo, or the adrak chai she found in a shanty in a place we know only as a dot-on-the-map, but a place where she found herself.

And I needed her to be my lucky mascot. To initiate on my blog a section on travel writing, for I could think of no one better - in craft or as a friend - to cut the shubh ribbon for me. She sent me a post this morning called 'The best days of my life!'

The best days of my life!

I have spent many happy years in the Land of the Rising Sun and have lived in almost all its major cities, but the place that remains the closest to my heart is a quaint little city called Kobe.

Kobe lies on the southernmost tip of Japan. It’s almost at the other end from Tokyo, but what separates the two cities is not only the physical distance but also their two totally different characters. Tokyo is all about big corporates, high rises and technology. Kobe on the other hand is quiet, laid back with an old world charm.  If we were to assume that these two cities are people, Tokyo to me would be an aggressive Businessman but Kobe would be a graceful and elegant lady dressed in a Kimono.

The time that I spent there was perfect in all aspects. I loved my job, I had great friends and most importantly I was bang in the middle of the two things I loved the most - History and Natural Beauty. There was not a single cloud to mar my bright blue sky!

Kobe is just an hour away from two of the greatest tourist spots in Japan - Kyoto and Nara. Anyone with even a remote interest in Shinto shrines and Zen simply has to visit these places. At the core of Shintoism lies the belief that God as well as inner peace can only be found in nature and that is why the ancient monks laid a great emphasis on building their shrines amongst spectacular nature beauty. Most of the shrines are either set deep in the woods or high up in the mountains. 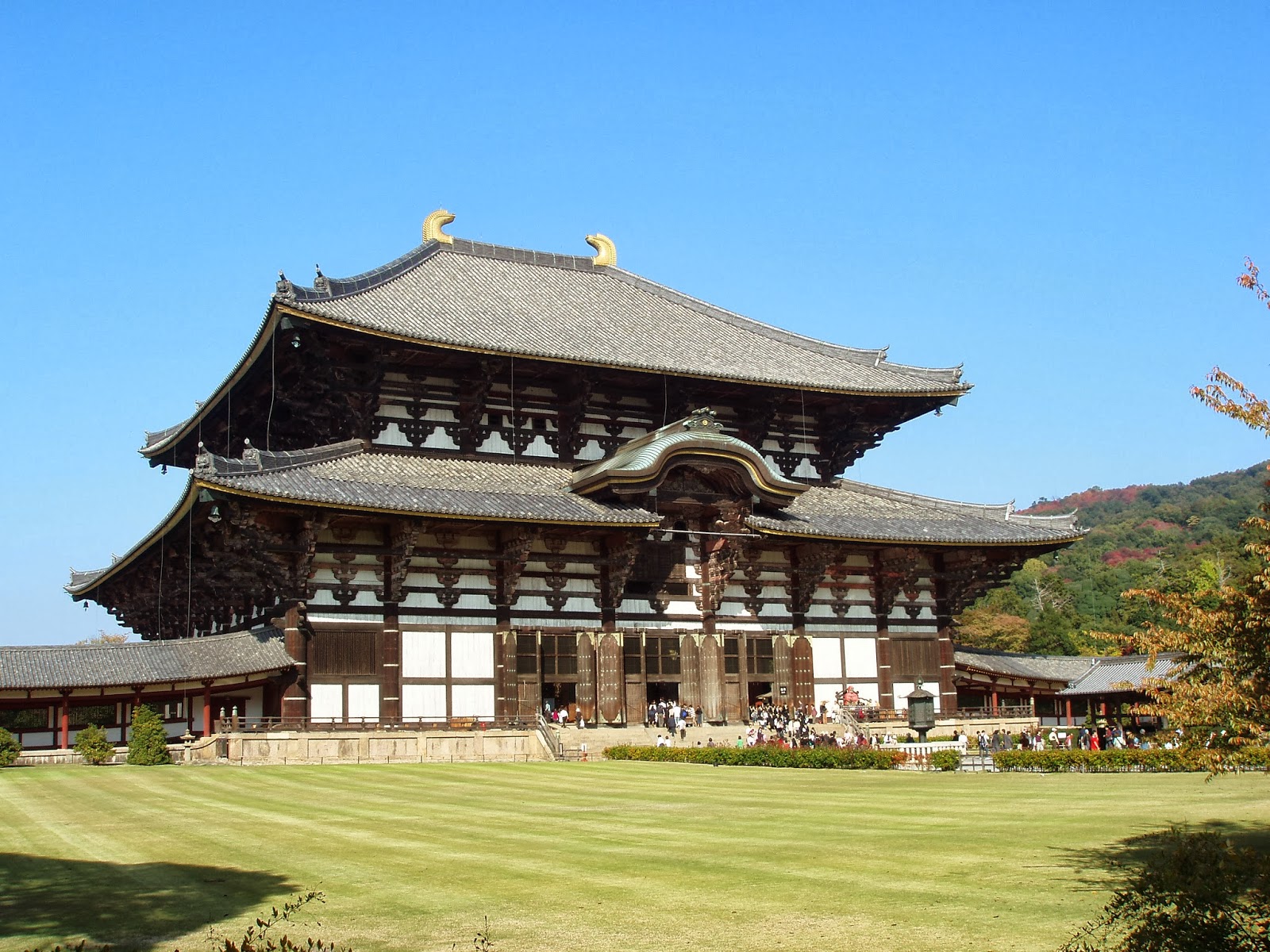 I made many pilgrimages to these shrines over the year. They had their own uniqueness, their own
perspective to offer in each season.

In spring, when the cherry blossoms were in full bloom, they seemed to promise hope and new beginnings. Autumn, inspite of all its palette of colors, made the shrines look melancholic and they seemed to be teaching us about the impermanence of things. In winter, when they were covered with snow, they seemed to signify austerity and solitude. 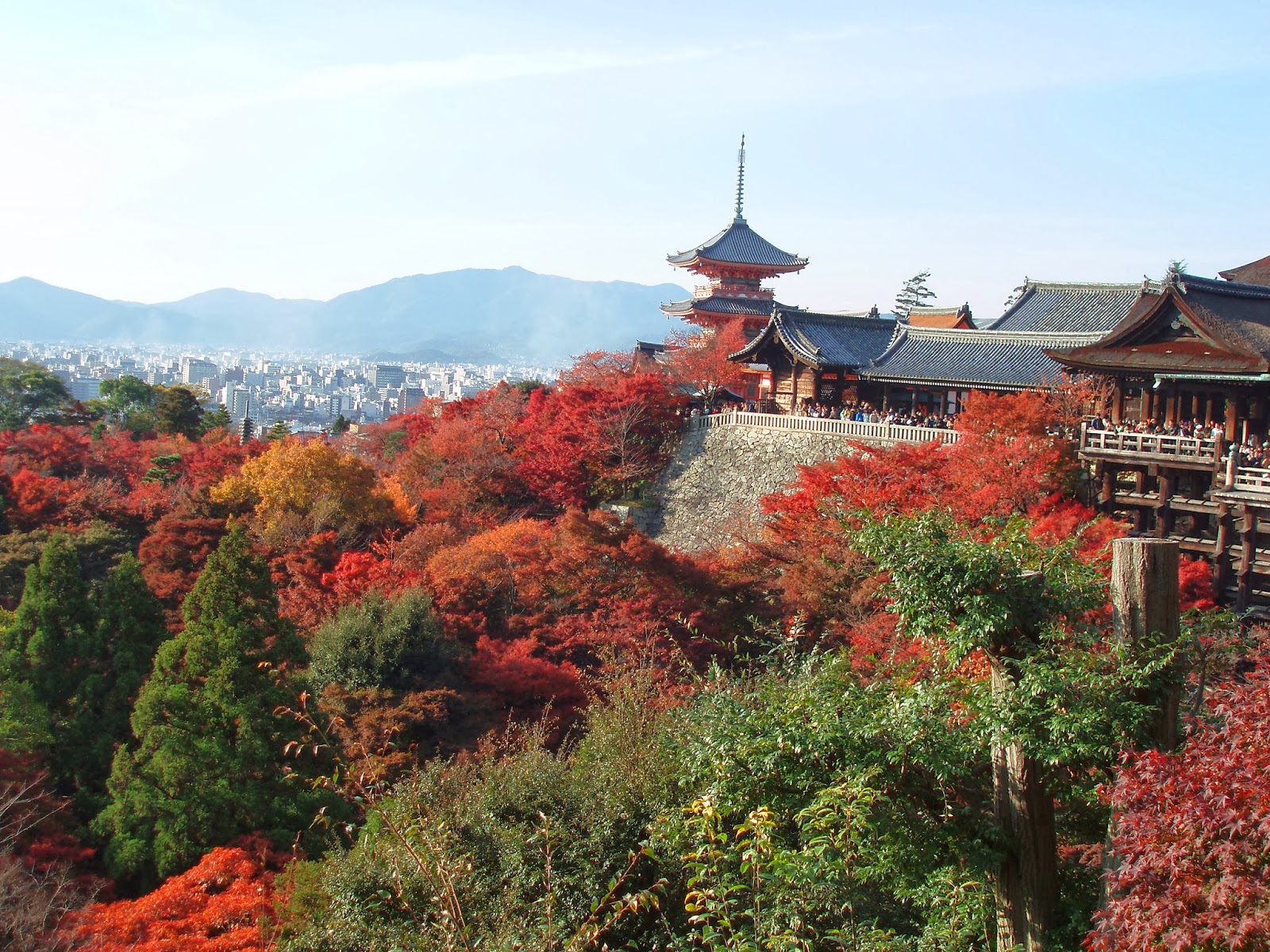 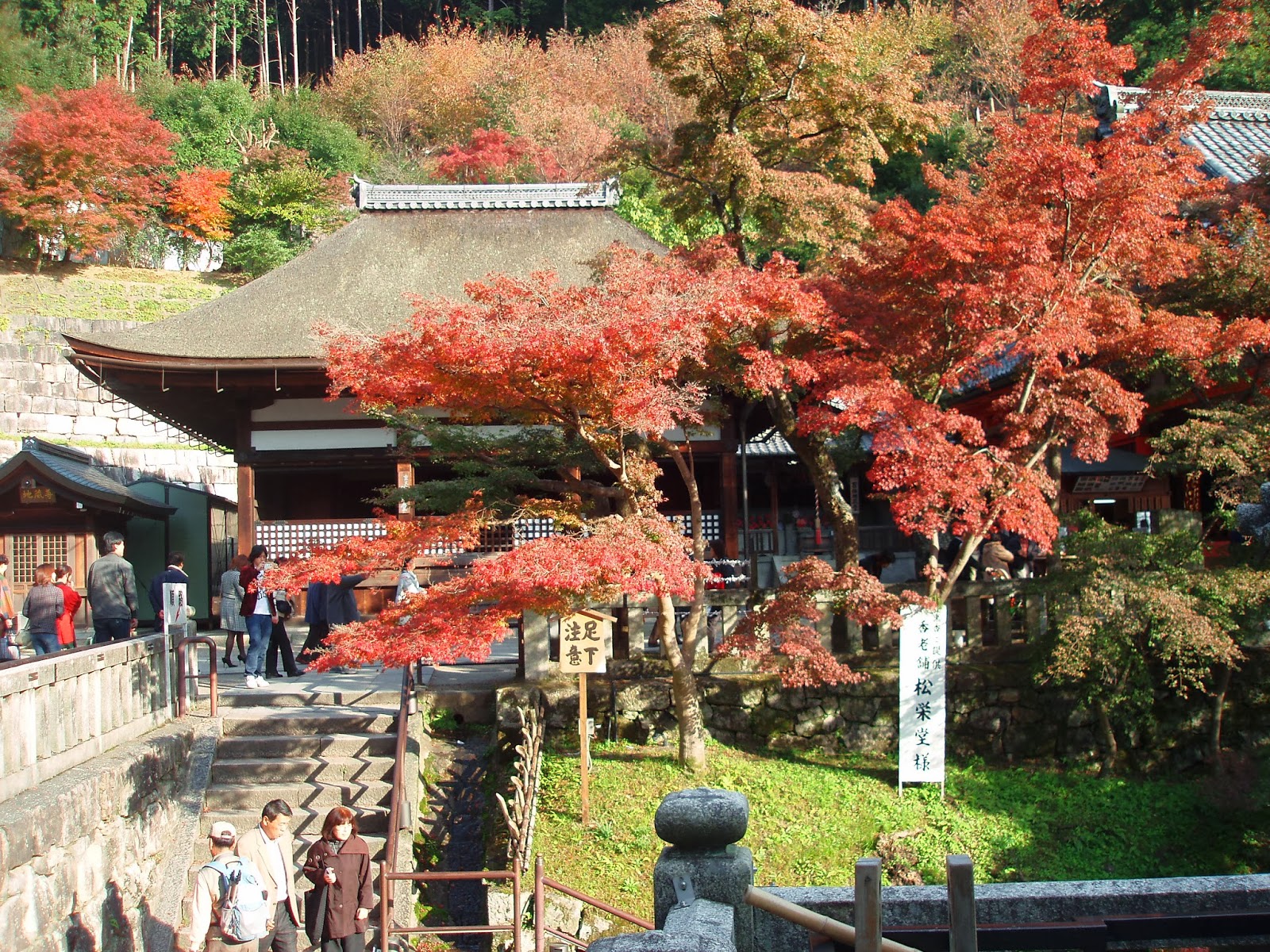 But I didn’t always have to travel out of the city to enjoy nature. Kobe is wedged between the hills on one side and the sea on the other. My corner apartment on the 14th floor had huge glass windows. Although it was scary when the windows rattled during earthquakes or when the wind and rain lashed at them during the typhoon season, I didn’t mind because they offered me spectacular views.

On two sides they looked out on the hills. During the cherry blossom season, it seemed as if soft pink and white clouds had floated down to cover the hills.  In autumn the trees would be rust and red and yellow, as if the hills were on fire. Summer meant looking out of the window at a carpet of blue and purple hydrangeas and irises.

The third side looked out to the sea and in summer if the day was clear, I could even see yachts floating on the shimmering waters. Even when I had a chance to exchange my small apartment for a bigger one, I didn’t simply because I so loved the view I saw out of my windows!

Even going to work was a delight. The 30 minutes in the train never felt cumbersome because the monotony of the houses and buildings was broken by fields full of Hydrangea flowers that seemed to grow in such abundance in Kobe. 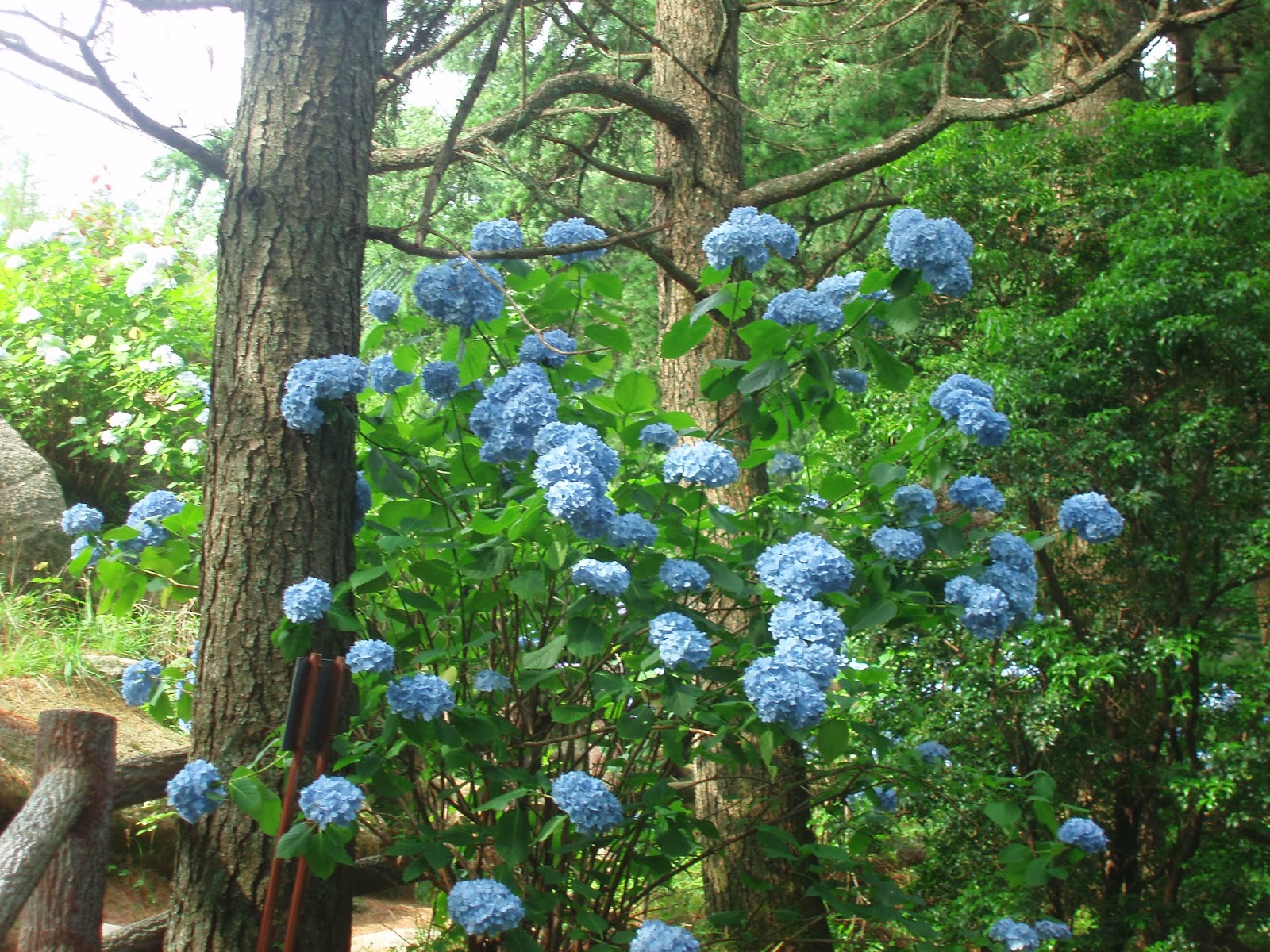 Work hours were long and often stretched into weekends but who would mind staying late when we just had to lift our heads from our laptops, and look out of the window at this! 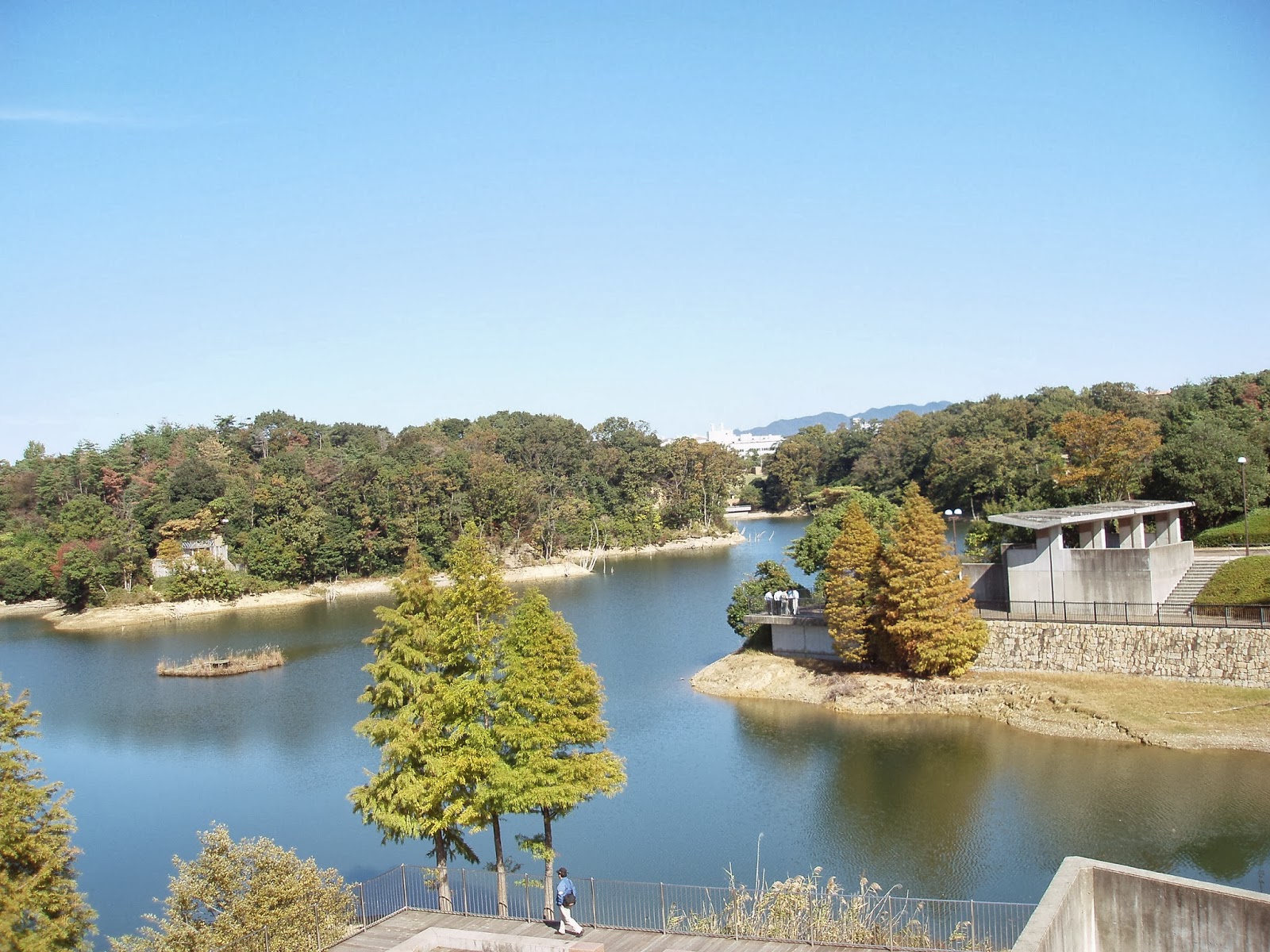 Kobe was my home for almost two years. I haven’t been there for a long time now, but the years that I spent there were truly the best years of my life!