Sunday, on a different note! 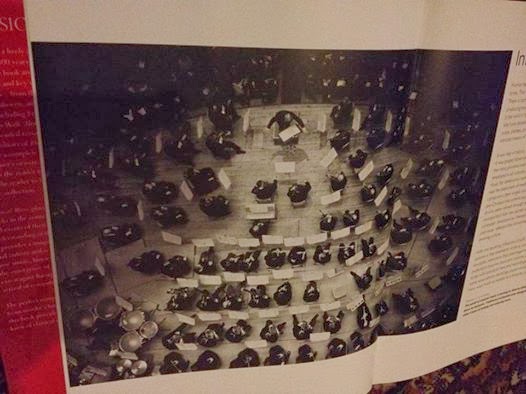 The plan was to sleep and sleep and not wake-up at 7 am. On a Sunday, you are not meant to do that. God said so and took a break Himself, remember? But the loud trrrring of the doorbell shook me awake. I was playing Laptronica sitting beside Johnny Depp in my dreams, in complete Rhythm and Jazz when the tanpura of reality fell on my head.

There he stood, smiling as if nothing had happened, two packets of milk in his hands. Creep, I whispered, hoping God didn’t hear that. ‘Ram ram bhabhi ji’ and I growled something back, trying to open the eye that was stuck with the nameless little white things that form in them overnight. ‘The weather is changing fast now!’ and I looked at his face with that thin moustache I wanted to uproot. 100 minus 54 is … um … and he handed me the change. ‘Short by 1 rupee’, I told him. In went his hand into his pocket and jingled the coins inside. Clank clank clink and it sounded like Death Metal to my aching head. ‘Good day Sunday be with you, bhabhi ji’ he sheepishly said, smiling like an apsara no less in the rising sunlight, his words sung like Bhajan Kirtan straight into my head. Did I see him clapping his hands and nodding his head side-to-side too? The door closed. Phew!

The coffee had to be strong. The bongo in my head had to go. And I had an appointment at the salon. Threading and then skinning alive for a dip in hot oil, and then slow roasting with Elevator Music playing in the bac … I meant waxing.

I almost gave up, then saw a rickshaw guy sleeping, on duty. On duty! I shook his world and asked him to take me to ‘Beauty and the Best’, for 10 bucks. Cursing louder the sarkar with every pothole in the road, I wished I had a driver, or a bigger bum. The little bell on his handle was going mad with glee, and here I was doing Space Disco, or is this what is called Indie Rock a-bye-bebbe. Drats! ‘Can you go faster please, I’m getting late’ I bent forward to scream in his ear. He agreed. As if I had sung some Gospel Music in his ear. Vroom he went, till my liver reached my knees, my spleen my toes, and my heart right into my mouth. I reached. In one piece, but just a little misplaced inside.

Minimalist … music I mean, as I entered to take a chair. ‘Threading first, please’ and in came my girl. Twang twang and felt like someone was playing a violin on my brows with a kite-flying thread. The murmur of fellow-sufferers did not help the pain. Such Comedy, the banters. ‘How much for waxing chest hair?’ and I shifted uncomfortably in my seat. I still cannot take it, a man next to me, querying thus with a green pack on his face. ‘Stay still and pull up, ma’am’ she whispered, matching the Drone playing around me somewhere. Or was it the pain in my head? ‘Oh, sorry! Is it almost over, Shikha?’ As if! The waxing session began. Two women, playing Qawwali over my legs my arms. Outdoing each other. The Drone turned Psychedelic. I am dying, I said to myself. This is what death feels like. I saw a sudden bright light and a woman in white robes saying something to me … ‘Ho gaya, ma’am’. I squeaked a thank you, with tear-filled eyes. Tears of joy. Hallelujah!

I reach home and breathe, only to find I had forgotten to get the vegetables. Ravivar Bazaar lined the lane next door. And it was abuzz. Do I have to? Argued the angel. You have to! Boom boxed the devil. One jhola on one waxed arm a purse on the other, and an upper lip red like a certain God I entered the passageway to hell. What a Classical Crossover – from my peaceful home to this Samba. All shapes and sizes testing my Heavy Metal, over lauki and tori and gobhi and aalo. More push than that involved in delivering a child. Equal pull too. Hip Hop in the crowd and I reached my favourite guy. ‘What do you mean 20 ka ek pao?’ I screamed though my teeth, in the highest note of the octave. He acquiesced to this raging Medusa’s mood. Finally, to the Afro-Beat in my head, I sprinted home. Less red on the lip, but sore like a thumb in the head.

Enough. This Sunday was all Noise.

I plonked on the bed and just stared at the fan, like a sax not ready to be played at any more. All my buttons had been pressed enough through the day. Telly on! What in the world is this? A furore in the Rajya Sabha. Hah! What fun. Suddenly, a big belly jangled naked with excitement. Acid Jazz poured in my eyes. Only one word escaped my mouth – Eww! I flushed the remote. Cut the TV cable into two. And closed my eyes. Humming my favourite Blues, finally. Falling asleep, slowly, almost there in the Bill Board chart of Top 10 Johnny Depp dreams.

[Written for WordPress Daily Prompts : 365 Writing Prompts aimed at posting at least once a day, based on the prompts provided. The prompt for today was: B+ - Write about what you did last weekend as though you’re a music critic reviewing a new album.]