When my house burned down

Yesterday my house burned down. So sad.

Nothing was left of the peanut shells spent to prop it up. Just a few half-baked chairs, 3 toasted blades of a ceiling fan, one metre copper wire and an iron pipe. Everything else got reduced to ashes. Thankfully, the property deed of the paan shop I own in Chor Bazaar was in the bank locker. Along with my matriculation certificates and matrimonially certified nose ring. Rest all, gone!

On one of the half-baked chairs I have carefully perched myself, under a tree across the road from my house, or rather, its remains. One kindly young inspector stands by my side, asking me to list out things which may help me claim insurance. I look up his tight stomach to his cut jawline, to clear my mind. Smoking, my head seems to be. Unable to think and clouded with the memory of yesterday, is what I mean. The kindly dimple on his cheek gentleman is like my guiding star, especially since Fluffy my stuffed toy is no more to be the voice in my head. I almost feel no reason to be alive. But life must go on.

But only now I realize how much has gone forever. The list, may insurance be kind, is as follows:

1. CD: Two days back my Bangkok-return LED (God rest his soul in peace) screamed at me on prime time. Or was it Goswami? I ran to check and frankly speaking, was quite shocked to see heir-apparent sitting next to him. Took me a while to get over the golden hair and cherubic smile. When I did, I realized Goswami seemed to have no ants in his pants today. I watched. One spoke littler than usual and the other I wished had not spoken at all. But what of that! My love for baba crosses all borders of political in-correctness. His finger-on-his-lips is so appealing ... but I digress. What I lost? A CD of this interview that was sent to me, since I was the only one ‘favourite-ing’ baba’s replies on Twitter, which mummy ji was typing even as she prompted him from behind the curtains. That very CD got burned, all those ‘women empowerments’ that we heard for any and every question – burned to bits of electronic waste. The gossipy neighbours told me it self-immolated. However, I refuse to write this off as suicide. Why would a CD with that interview want to kill itself? 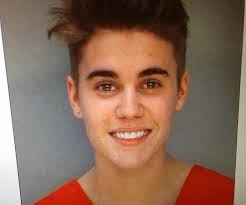 2. License: Justin I like, not the Timberlake one but this one, the one who is my height. Arrested while DUI his rented yellow Lamborghini, poor boy was put behind bars for something that we the people of Delhi are ‘proudy’ to do on good days, especially when our pappas hand the keys to us – of the locker and the car both. I could not let my music taste drive away like this. All the way I flew across seven seas to stage my own Prison Break, but thought better. Whacked away the expired license this tender-aged one was driving with. While all other charges were falling silently to everyone’s surprise, no longer could he be sued for driving with a fake voice license either. Why else do you think he smiles in his mug-shot? As I was running out my house to save my life, I knew the burning license sang ‘Baby Baby’ one last time, and just for me – so what if it had expired only to die another death. Love is love. Loss is loss.

3. Elephant:  Once upon a time I took liberty and wrote a letter From Behenji to Betaji. I assume her speech writer, a grand graduate from Vatikan English Speaking University cum Resorts, read it on her behalf and understood it on her behalf too. Because in return for that gesture I was gifted, no not a shoe, but a tiny pahoo-pahoo. Now let me be honest here. I do not think I deserved it. Especially so since I enjoy that flyover next to her house more than any in Delhi, made with ample nooks to act as loos or spittoons. However, a gift is to be received graciously and that is exactly what I did. Tipped the post man and put the elephant right in the middle of the other show pieces. I am told Rajasthan’s Italy’s sangmarmar is as fine in quality as their lovely features are. What’s a little house burning around it? Soon as I finish my list, I will be hunting down the pahoo in the debris. If I find it, I will be lucky. If I don’t, a little memorial in its memory will come up under this very tree. Inaugurated, of course, by this inspector beside me.

4. Plaque: I had bought myself Bhagat’s motivational plaque. It carried a few words of wisdom, deep as a well with frogs and echoing with gravitas similarly. He had said – ‘Shakespeare was the Ekta Kapoor of his times’ and I had bought it instantly. Why? Well, to motivate myself to direct my writing in the light direction. The over side carried all the 3 book stores best at selling his novels and the under-side his phone number, in case I wanted to volunteer as his writer. I have lost a lot of contact material on that one. And maybe a life time’s opportunity to become a guru on youth affairs, politics, sports, vegetarianism, parenting, caste, love, sex, dhoka, everything. Sigh! I will continue unemployed!

5. Topi: The President’s At Home saw Mr Aap with a nice grey muffler around his neck and a nice white muffler around the neck of the grey muffler. Since he is called the ‘muffler man’ I would change my name before I request him for one of those. It’s cold, plus, I have a grey one already. However, I did lose an autographed copy of the first ever Gandhi topi that he wore. Says ‘I am Anna’, with ‘beyond’ scratched right before and slightly above ‘Anna’. And a hand gesture to illustrate the point, which I cannot reveal. I have a feeling Anna ji knows not about this. Last I checked he was eating his 3 temple meals properly so he must be happy. I am happy he does not. But I am sad that I lost that collector’s item. No one, just no one, will believe that I had it once. That Mr Aap indeed signed it thus for me, and for himself too.

Swear on Fluffy. I did possess all items 1-5 once upon a time.

But that was before my house burned down. Yesterday!

[Written for WordPress Daily Prompts : 365 Writing Prompts aimed at posting at least once a day, based on the prompts provided. The prompt for today was: Remember yesterday, when your home was on fire and you got to save five items? That means you left a lot of stuff behind. What are the things you wish you could have taken, but had to leave behind?]